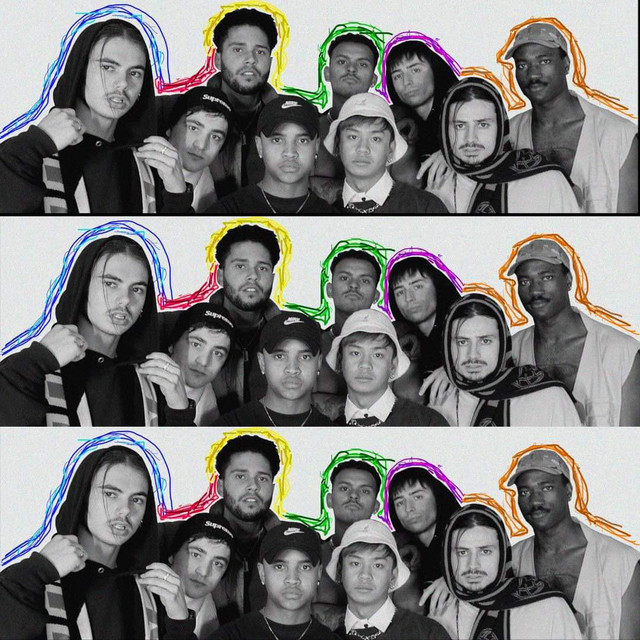 Coming off the success of their January release, ‘Cake’ and a special appearance at Perth’s Origin Fields Festival over the new year –  Australian hip hop collective Rich Valentine returns with their brand new single, “Let’s Talk About Love.” The latest release from the the nine piece ensemble highlights the wide range of styles each crew member brings to the table, giving fans the ultimate Hip Hop and R&B hybrid to cue into their playlist. Wistful and sweet, “Let’s Talk About Love” is built around  introspective/  vulnerable bars, electrifying instrumentation and a mesmerizing hook.

Rich Valentine, comprised of  Saint Rich, Blanko, Alien, Big Daddy Jorge, Blx Boi, Lino Brown, P, Jools and The R155 has been taking the urban music scene by storm, continuing their hot streak of accolades and working towards international recognition. In just a short matter of time, the crew has made major industry collaborations, having already secured co-signs from the likes of A$AP Twelvyy on their 2019 release ‘Ricca Donna’ which landed on Spotify’s official editorial playlist ‘The Drip’ and massed over 25,000 streams. The collective was also recently the first independent hip hop group to perform at Origin Fields over New Year’s Eve alongside huge international acts like Skepta, RÜFÜS DU SOL, Tyler the Creator and many more.

With only just 2 years under their belt and already performing alongside acts we consider as the greats today, Rich Valentine is set on making their mark not just in the Australian music scene but to elevate this across the world. Their Unorthodox delivery and production is surely a fresh take on this already saturated genre. Be sure to check out the latest from Rich Valentine, and as always, share your thoughts with us below