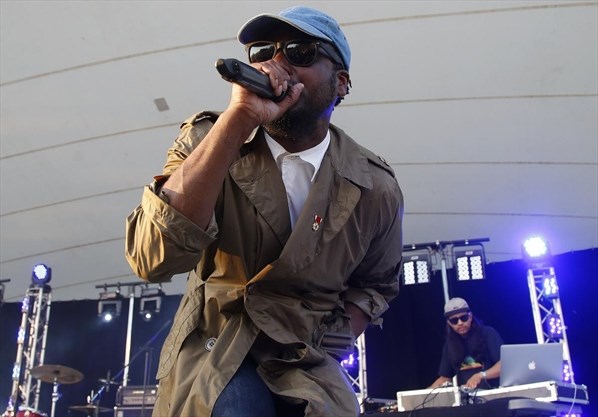 Canadian hip hop pioneer, K- OS, gives the masses a healthy dose of levity in the form of his latest single, “Golden Touch.” It’s been roughly two years since fans have been blessed with a release from K Dash, and as always, the emcee has yet to disappoint. With a discography ranging from Hip Hop, Folk, RnB and Pop, K- OS, has proven time and time again his versatility as musician. The body of work this artist has complied over the years is seemingly times, as there is no distinct “of the moment” trend or style which K- OS strives to emulate other than that of his own making. As I’ve become older as a music fan, the old saying that only “real music” will stand the test of time becomes more and more apparent as the years go by.  As a fan of K-OS, I am always excited whenever i see new music drop , and am confident that I’ll take in a record that is meaningful and feeds the soul.

This latest release, “Golden Touch” is yet another classic K -OS acoustic / hip hop highbred which finds K-OS riffing between soulful vocals and emceeing as he reminisces on a past relationship. Throughout his career, K-OS, has never shied away from giving listeners an in-depth  look into his life through music, and this is just one of the many reasons why K-OS has built such a strong and loyal fan base. If you’re self isolating for the next few days, lighten the mood a little by adding the latest from K-OS into your pandemic playlist.