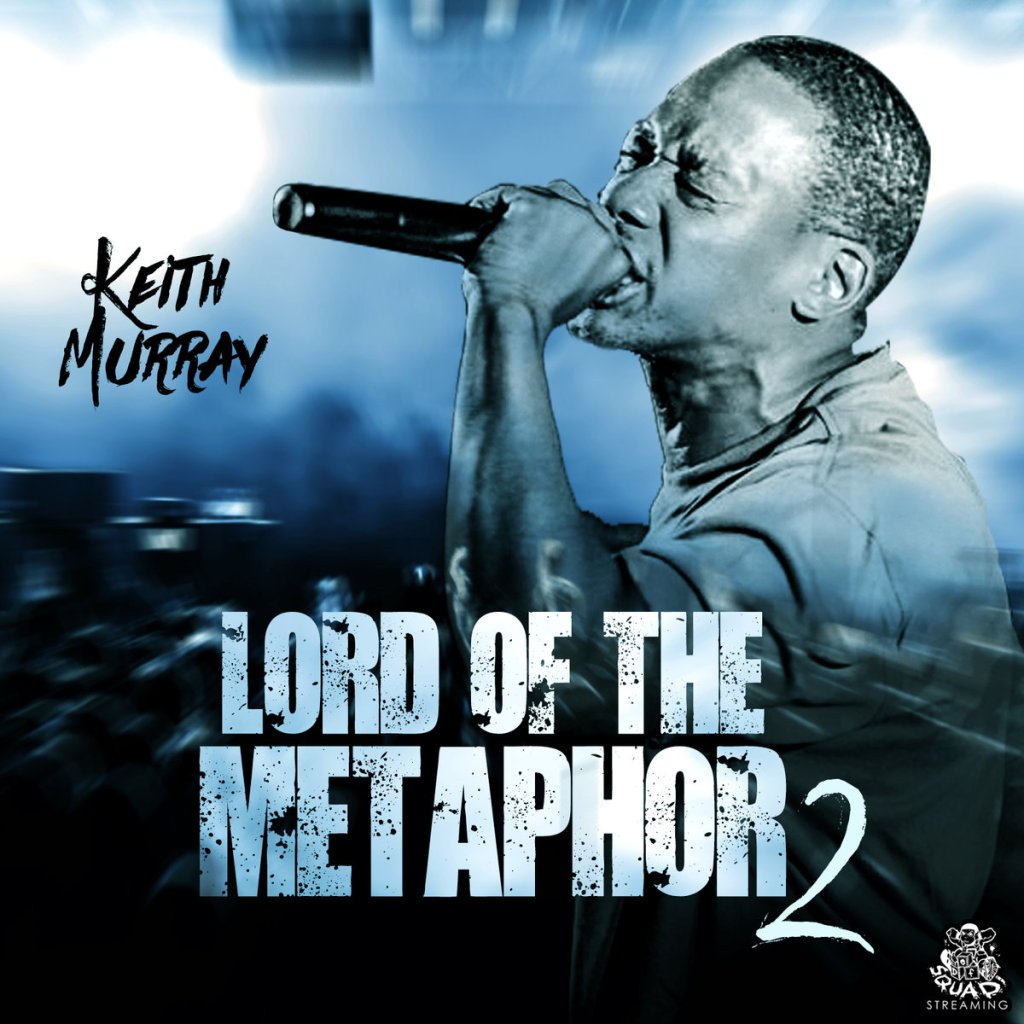 Long Island hip-hop legend Keith Murray returns to the game with his highly anticipated album, Lord of the Metaphor 2. The following should go without saying, but true hip-hop heads know that Keith Murray is a bonafide emcee through and through, and has been consistently releasing next level hip-hop since his critically acclaimed debut, The Most Beautifullest Thing in This World dropped 25 years ago. With close to three decades in the game, Keith Murray has cemented his legacy in hip-hop through his creative word play, hard-hitting bars and timeless flows, solidifying his position as one of the top tire emcees to ever pick up a mic.

In 2018, Murray dropped the first instalment to the Lord of the Metaphor series, marking his first official album release since the late 2000’s.Though Keith would frequently drop mixtapes, singles and appear on guest verses during this time, fans were excited to receive a full body of work where Keith commanded center stage from start to finish. Roughly one year later, the Def Squad emcee has picked up where he left off, blessing his fans with the Lord of the Metaphor sequel.

This 10-track album is crafted specifically for the hip-hop purists, and embodies all the key elements that make for a classic Keith Murray record. Right off the jump, fans are treated to that trademark Keith Murray funk with a Rockwilder produced beat that complements the arsenal of flows Keith brings to the table on each record. “He’s Back” sets the scene for the remainder of the album, which is filled with classic collaboration including a Def Squad reunion between Redman and Erick Sermon as well as guest appearances by Canibus, Heltah Skeltah, Homeboy Sandman, Planet Asia, Mr. Cheeks, Casual and G. Dep among others.

These days it seems cliché for emcees to boast on records on how they’re “bringing real hip hop back.” We’ve heard the sentiment before, and more often than not these projects come across as sounding more like a lecture rather than an enjoyable album. Keith Murray on the other hand doesn’t need to grandstand on the mic with these real hip-hop claims, simply because the music speaks for itself. Keith Murray is a seasoned emcee who knows that once he gets into the booth, there is no question as to whether or not the record will be a hit…it just is, period. Be sure to check out Lord of the Metaphor 2, and share your thoughts with us below.