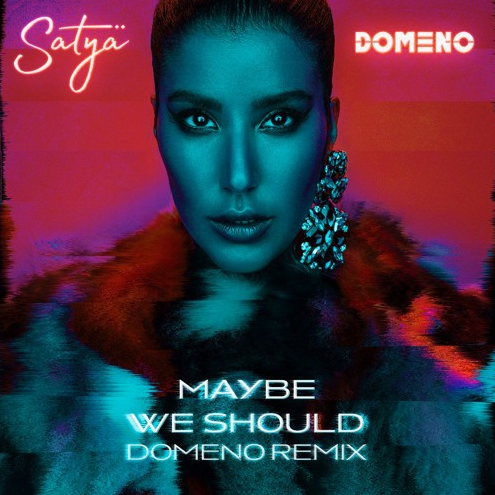 Canadian pop and R&B songstress Satya proudly releases her EMD influenced Domeno Remix “Maybe We Should,” already garnering UK airplay with the original version going Top 40 on US Mediabase charts. Both Quebec residence, Satya choose to collaborate with Domeno because she admires his work and felt that Domeno would capture her large vocals and feeling of “Maybe We Should”  through an EMD vibe. Known for making the crowds dance from Amsterdam to Ibiza to Miami, Domeno’s records are played by some of the biggest names in EDM like David Guetta, Afrojack, Martin Garrix, Hardwell and Satya is thrilled to be part of Domeno’s musical catalog. Over the years Domeno’s career has taken a major turn, recruited onto the Revealed Recordings label, Domeno has been propelled into one of the must-have new DJs with catchy hits like Titan, Locked and Loaded and Golden Hearts. Performing in front of tens of thousands of people, in the biggest events like Ultra Music Festival and many more international festivals.